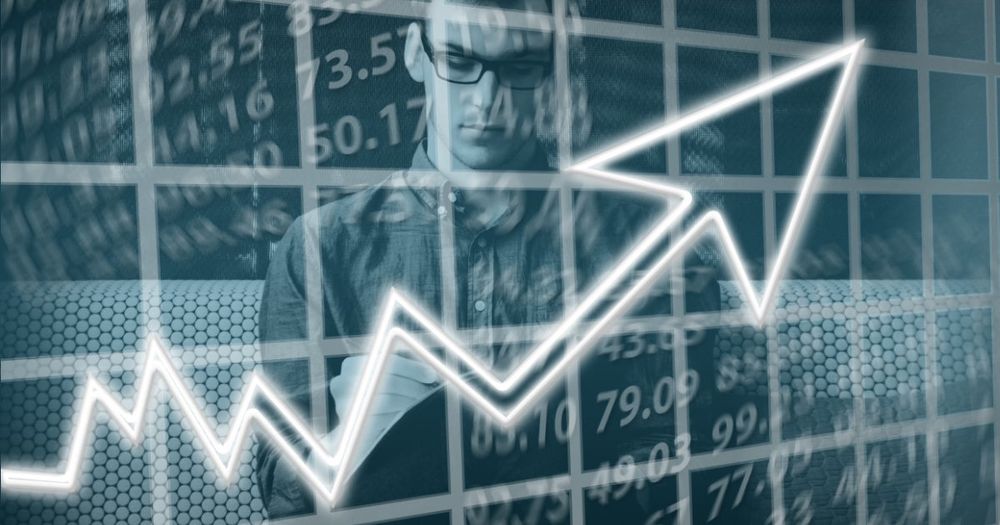 Fiat (“Let it be done” in Latin) money is a currency price of which is totally backed up by the government.

In case you didn’t know, all kinds of national currencies, such as US dollars, Euros, Japanese Yen are fiat. So, generally speaking, Bitcoin is the first-ever money that is not controlled by any centralized entity, country, government or person.

That said, many people find it hard to understand what actually defines the price of a skyrocketing currency that has recently reached the highly-anticipated point of $10,000.

Now, let’s figure this out by reviewing 5 factors that affect the price of the most popular cryptocurrency.

This is the basic principle of how Bitcoin’s rate is defined. Price of gold is determined by the same principle:

Mining cost. The prime cost of extracting gold from earth, was transformed, in Bitcoin’s case, in a ‘minimum price’ of ‘obtaining’ new Bitcoins by means of calculating certain equations (the process is called mining). Demand on the market. Awareness of Bitcoin, interest in it, trust of actual or potential crypto holders, and a lot more factors define the real price among the people who are willing to buy and sell Bitcoin.

Now, that we’ve come up with the basis of how Bitcoin’s price is estimated, let’s dive into particular factors that affect Bitcoin.

Hard fork is a split in Bitcoin’s blockchain. Generally speaking, once it takes place —  another ‘Bitcoin’ blockchain emerges. If you get to hear this term for the first time, you may find it difficult to grasp the main idea. So, try reading more information about the hard fork and you’ll get it.

The first significant hard fork occurred on August 1st, 2017. Some thought it could totally ruin Bitcoin and the price of it. But to the surprise of these people, Bitcoin remained intact with its price experiencing an unessential dump a few days before the event.

In reality, chain split influences the price in an absolutely positive way. Why? Because, if you hold some BTC before the hard fork, you will be given the same amount of coins in the forked blockchain once it emerges. That’s why, if there is information on the internet about the upcoming hard fork, Bitcoin’s price increases. The cause is simple: Everyone wants to get ‘free money’, so people buy up more Bitcoin.

Bitcoin is not fiat, remember? That’s why governments find it really hard to define it in terms of law. It’s still a pending issue for cryptocurrency. However, the most developed countries such as the USA, Canada, UK, or Japan have already released laws regulating Bitcoin.

Let’s take Japan as an example. The final resolution about Bitcoin being considered as legal tender was passed on April 2017. In consequence, private entrepreneurs and companies started implementing Bitcoin with its decentralized technology in all kinds of spheres. So, by now, there are thousands of Bitcoin-accepting stores in Japan. Such a vast Bitcoin market has provoked a steep increase in the price of the currency.

The regulation of certain cryptocurrencies in Japan was one of the top reasons for the skyrocketing price performance of Bitcoin in 2017.

The current position of Bitcoin on the world market carries much more weight than before. More and more countries are now looking forward to regulating Bitcoin. For this matter, its price will definitely set new and incredible records in 2018.

Hard forks and regulations are some specific reasons that influence Bitcoin’s rate. This one is more of an indirect one. However, it matters so much that it earns its place on the list of top-five factors impacting Bitcoin.

Bitcoin is a highly volatile currency. This doesn’t hinder it from reaching new heights but means that Bitcoin can be slightly manipulated.

News with a negative influence

“China banned ICO”, “Hackers have stolen millions of dollars in Bitcoin”, “Jamie Dimon said that Bitcoin is a fraud”, etc. These are some examples of news that unfavourably affected the price of Bitcoin. Well, that’s obvious, because those are definitely the pieces of bad news. BUT, the funny thing is that they are not always claimed to be right. Once you see a negative title, you immediately get a corresponding association with Bitcoin. As its market cap is not so big compared to the world economy, even rumours on the internet can make Bitcoin’s price decrease. However, in practice, negative news can only shatter the first cryptocurrency but not ruin it.

More than that, such news popularizes Bitcoin as well. So, in the long term, they deliver even more success. As, for instance, Jamie Dimon’s “Bitcoin is a fraud” quotation has spread on the internet so much that enlarged Bitcoin’s audience greatly.

This is the last piece of puzzle that directly affects the price. At first sight, this factor may seem so evident that it is silly to even take it into account. But, in very deed, it’s not.

Trust is what matters most in the sphere of cryptocurrency. There are dozens of Altcoins, functionalities of which are much more advanced than that of Bitcoin. However, Bitcoin is the leader because people trust it. So, being a trader, it is most important to pay attention to sentiments in the crypto community. It doesn’t imply that you follow advice of people you don’t know. But, in order to catch up with the cryptocurrency sphere, it is very important to study forums, discussions and chats thoroughly. That’s how you will be able to get an overall picture of what’s going on and the direction of where the tendency is going.

Some can make a conclusion that Bitcoin is frivolous because of its young age, unstable rate and peculiar nature. It is true, Bitcoin IS risky, Bitcoin IS mutable. However, there is no doubt that it is a revolutionary invention laying the foundation for the future of money. Those who got this idea are already content with the profits they’ve earned from holding and trading Bitcoin on different platforms.