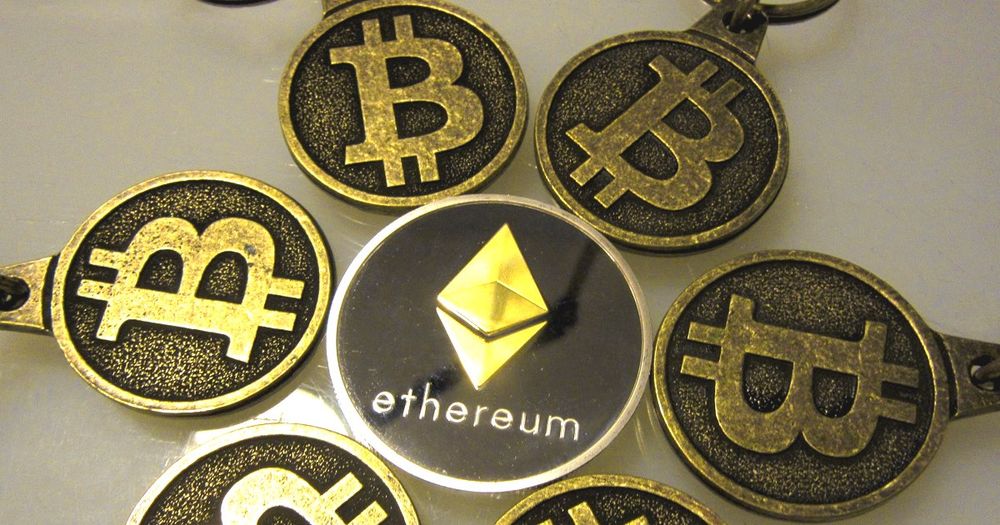 Bitcoin has been a dominant cryptocurrency for many years up until a few months ago.

With the rise of altcoins, shitcoins and scamcoins its market dominance has been significantly reduced.

One of it's main competitor is considered to be Ethereum - a (semi)decentralized platform that runs smart contracts.

Ethereum has recently gained momentum and is growing both in price and other metrics. As a result, its users are eagerly awaiting for The Flippening to happen any time soon.

What does it mean and does it matter?

To quote their blog:

“The Flippening” refers to the possible future event when Ethereum overtakes Bitcoin to become the biggest, most valuable, and most important cryptocurrency.

Of course such event is possible.

But only if you use arbitrary metrics to define what "the biggest", "most valuable" and "most important" means.

Let's look at the each property specifically.

Market capitalization is probably the most overrated metrics in the crypto space.

I recommend Jimmy Song's post on Why The Bitcoin Dominance Index Is Deceiving where he digs deeper.

There is also another issue here.

Ethereum's current supply is around 92 500 000 coins in circulation (~72 000 000 coins were pre-mined and the total supply is still debated). This makes Ethereum's scarcity considerably lower comparing to Bitcoin's with its 21 000 000 coins.

This metric stopped making sense the moment Ethereum was flooded with tokens created out of thin air during ICOs (Initial Coin Offering).

They exist on the Ethereum network as smart contracts thus count towards Ethereum's total transaction history.

However, most/lots of ICOs are scams, Ponzi schemes or only sell empty promises of future "products".

ICO founders share their ideas in few pages of non-technical scribbles that they call a "white paper" and often armed with photoshopped images and zero code, they are on the hunt for speculators but most importantly "dumb money" from naive noobs.

These tokens rarely solve any particular market issue so moving them around is an equivalent of me moving $1 000 000 back and forth between my two bank accounts.

Trading volume is closely tied to the above.

In order to buy an ICO token, you'll first have to purchase Ethereum to enter ICO's smart contract.

Not only it further drives ETH price and market cap up (which makes it look like Ethereum's utility is growing), it also appears as people are trading Ethers when in reality they're only entering the token market and often don't give two shits about Ethereum itself.

I think the ICO-related trading volume shouldn't be relevant, for the same reason, my bitcoins traded for a beer at a local pub aren't.

Using this metric is as "useful" as Venezuela being proud their inflation is 1 000% per year (or whatever the number is).

Satoshi has chosen to start with a reward of 50BTC per block and halve it every 4 years until the limit of 21 000 000 BTC is hit. Vitalik has designed it differently.

This choice itself tells you nothing about the utility and value of the currency, quite contrary.

I don't know where the numbers for Ethereum are taken from and whether they count all nodes including those non-listening ones.

However, Bitcoin's total node count is way higher than just ~7 000 which only accounts for listening nodes that have been explicitly registered on bitnodes.21.co.

According to a Bitcoin Core developer, there is at least around 80 000 nodes and that's only the number of nodes that we know of.

Either way, I don't understand why this metrics is even being used. A nominal number of nodes isn't saying much about decentralization without knowing the number of all users.

As you can see any data can be interpreted in different manners based on who's compiling them. I think the whole "Flippening" movement have lots of wishes but the reality is different than they dream of.

The matter of fact is that Bitcoin is the most dominant cryptocurrency and no amount of wishful thinking will change that.

If you have any questions or you think my reasoning is wrong, feel free to leave a comment below.

P.S. Before you yell "Bitcoin maximalist" - I hold more than just bitcoins.

P.S2. I've seen Ethereum fans claiming it is the most secure network in the world now. I'll try to refute that nonsense in the next article. Stay tuned!