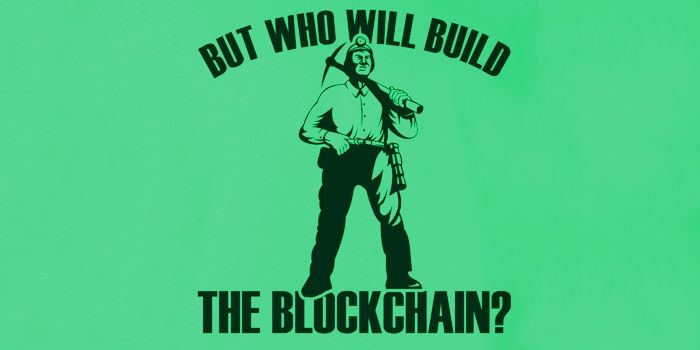 I’m pretty sure everyone in Bitcoin community heard about an ongoing battle between Bitcoin core and BitcoinXT.

Those who haven’t, it’s about Gavin Andresen’s proposal to raise the block size limit so the Bitcoin network can run smoothly if (when) more users adopt this cryptocurrency.

If you look at the guys working on the Bitcoin core, they talk about consensus all the time - but if you ask them what they really mean, they can’t tell you. There is no consensus about what consensus means.

There are many arguments for and against raising the block size limit, but the one that everyone fears the most is Bitcoin splitting in half creating two separate currencies.

Perhaps you’ve heard that Bitcoin is forking. In fact, a fork is only one possible outcome of the current situation: A faction of the core development team has splintered off, proposed a new and controversial version of Bitcoin, and is now standing back to see whether people will adopt it. That’s dangerous because if these developers to have their way, the Bitcoin blockchain would have to bifurcate into two competing, incompatible chains, and thus two distinct currencies.

Sure, this might be technically possible (I don’t know, I’m not a Bitcoin developer), but is it possible from the economics standpoint?

I think this drama wouldn’t have happened if people understood economics. But sadly, many don’t.

The reason I’m pretty confident this drama is unnecessary because of the way human makes his decisions. One of the greatest economists of the Austrian school of economics, Ludwig von Mises, investigates this decision-making in his book "Human Action". I will try to explain the core principle and the way it applies to the current situation around Bitcoin.

Mises argues that man is a reasonable thinker and not just a physical body that is driven purely by chemicals. Instead, he is driven by decisions made based on his selfish needs or wantsrespectively.

These desires, referred to by Mises as "ends" (also "goals" and "aims") are preceded by set of choices, referred to as "means", that man finds rational to make in order to attain his desired ends.

In other words, man acts (means) based on what he finds values in (ends). We could also say man acts based on what’s most profitable for him.

Based on the above reasoning we can safely say that every single person on a Bitcoin boat is there for profit. Be it a financial profit or "mental" profit (e.g. satisfaction that you’re part of something truly amazing) the incentives are to make Bitcoin as profitable as possible.

Big miners (companies, corporations, wealthy individuals) invested millions in their mining rigs and they want this investment to pay off by mining new coins and collecting network fees.

The assumption they are doing it for anything other than money is simply wrong.

Sure there might be few miners that mostly want Bitcoin to be secure and by providing their computing power (means), they make sure it is (ends).

But are they doing it for something other than self-interest? The answer is no.

I’d say incentives for people/companies to run Bitcoin nodes, which are an integral part of the network, is mostly safety of the network (and thus Bitcoins they own).

They, by relaying all the transactions across the network, make sure no one can fake it. If anyone could easily do so, Bitcoin price would drop and their investment would be gone.

How is that not about their own interests?

I think incentives for XT supporters is mostly mass adoption of Bitcoin which would result in raising the price.

Bitcoin is by design a deflationary currency because it has a cap of 21 000 000 BTC.

Exchanges are there for money too. They let you exchange your dollars to Bitcoin and some of them also allow you to trade on their platform.

Do you think they do it because they like you? No, they collect fees from each and every transaction that is made. Profit.

And last, but not least - Bitcoin developers. Though you may think they spend hours developing this decentralized network because of sheer altruism, they also have their personal reasons.

Some of them might be paid by someone, some of them own Bitcoins (and want the price being raised), perhaps there are developers that have ideological (anti-bank, anti-government) incentives.

Either way, they want to satisfy their ends. Again, be it financial or "mental".

Perhaps their incentives might be different from what I suspect, but are still profit-driven.

If you read carefully you know there is just one.

If Bitcoin is a good idea (and for now it seems everyone involved thinks so) it will not split into two separate cryptocurrencies.

It doesn’t matter which side (core vs XT) all decision-makers take. In the end, they will want to preserve Bitcoin because they are well aware whoever won’t go with the majority will lose.

Having Bitcoin split into two currencies would mean an instant drop in the price as the capital would split evenly.

It would also result in splitting the whole economy (miners, nodes, exchanges, businesses on either fork) which would satisfy no one’s ends.

Do you really think anyone would go against his own desires? Do you think there is anyone willing to lose money? Or the time he invested in developing the network, the economy?

Though I tried to explain my reasoning as clearly as possible (I’m not a native English speaker so I’m sure it could be explained much easier, though), if you still don’t follow here’s a real life example that anyone should be familiar with.

Imagine you’re an ordinary Joe living in a remote area.

You don’t grow any food or raise any animals, therefore your ability to feed yourself depends solely on the single grocery store that is in the area.

Can you please explain WHY would you, as an ordinary Joe, let’s say burn down the store and lose the only option to feed yourself resulting in your own suffering and death if no other option shows up?

What would be your motives to harm something that is so valuable to you?

That’s all folks. I hope you understand that no one involved in Bitcoin (perhaps other than governments) has any incentives to harm it and, therefore, the majority will ultimately decide which chain will get obsolete and which will continue to record our transactions.