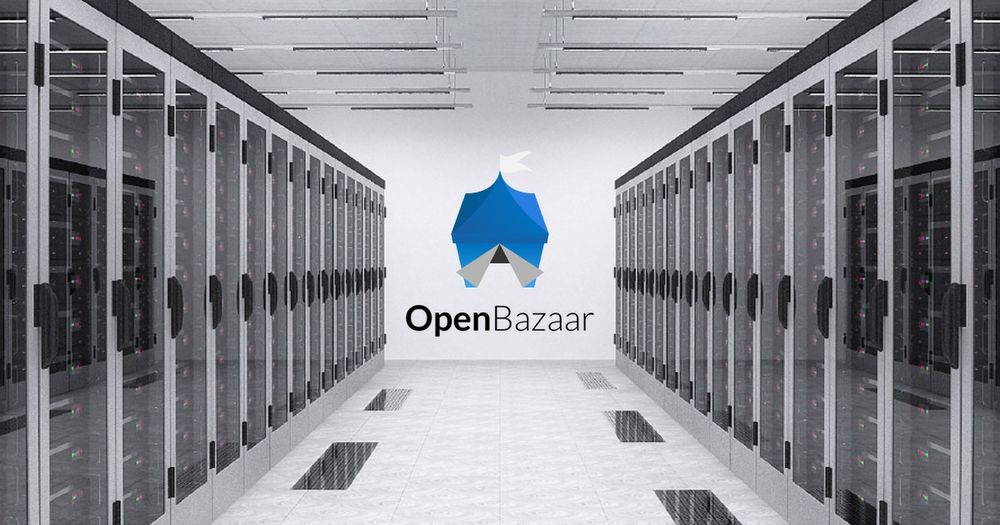 After quite a successful start of the first version a year ago, guys from OB1 are finishing OpenBazaar 2.0 which comes with lots of improvements.

It should enter the beta stage soon followed by the production release sometime in August 2017.

Because of the major technical changes, my old tutorial on how to install OpenBazaar server no longer works.

Thus, I'm coming with a new post that explains all the necessary steps to set up your new OpenBazaar store.

For the purpose of the tutorial, I'm using my Raspberry Pi 3 running Raspbian OS but it should work on any Linux distribution especially Debian-based.

I'm also including extra steps for Mac OS X. I don't have any Windows machine, sorry.

Next, make sure you have Go language version 1.8.x. Install it directly from Google instead of your system's repository:

You can download a different build based on your architecture. The options are: 386, amd64, armv6l, ppc64le and s390x.

Check that the system recognizes your newly installed Go:

On Mac OS X, you can use brew to install packages in a Linux fashion.

#2 Install and set up OpenBazaar-go

Fetch "openbazaar-go" from the Github repository:

The code will be downloaded to your ~/go folder.

Run the server to check if it works correctly.

Wait a bit until you see a message that the server is running. Quit it with CTRL + Q.

It will also create a data folder with configuration and other files.

In the next few steps, we will have to change some configuration variables.

I recommend you to go through all of them manually but for now, we will only change those necessary.

First, we need to set OpenBazaar to run on a specific IP address.

In the case you have a static IP, run this command:

If your server runs behind a dynamic IP address, set your server to listen on 0.0.0.0 instead:

This will be your username and password to use in OpenBazaar client app.

#3 Create a self-signed certificate and set up SSL

OpenBazaar developers have decided to require running the server over SSL connection.

Start by creating a root certificate and keys:

You may want to change provided data in the second command, but it's not necessary.

For a dynamic IP address, you will have to set up a dynamic DNS hostname first and use it in the CSR command instead:

Finish the process by creating your server's trusted certificate:

Next, add the newly created server.crt and server.key to the OB config file:

To establish a secure connection with your server, download rootCA.crt to your local computer and install it by double clicking. Follow the on-screen instructions.

You will have to install this certificate on every computer that will want to log in to the server.

#4 Allow incoming connections to your server

You will likely have to allow incoming connections on your firewall. TCP port 4002 needs to be open.

On Linux, firewall rules can be managed via iptables:

Some Linux distributions may use ufw as an easier to use rules manager. If that's the case, run the following instead:

Navigate to ~/go/src/github.com/OpenBazaar/openbazaar-go and select openbazaard.go. It will now allow incoming connections for the server application.

If your server is behind a router, you also need to forward traffic to your internal IP. There are tens of thousands of different routers and it's beyond the scope of this article to explain the process in detail.

However, you will want to find your local IP first:

Look for "Virtual Server" or "NAT Forwarding" and type in the local IP address and TCP port 4002 that you want to forward traffic for.

I tried to create a Systemd service but it seems relative paths will need to be fixed in OpenBazaar first. I've created an issue in their Github repository so hopefully, they take a look at it.

Until then, you will have to "hack" it via a script periodically run by Cron.

Go to ~/bin (if the folder doesn't exist create it) and download my short script:

Edit it to match your system environment.

and add the following line (edit according to your home path):

Exit Cron and check whether the record was successfully added:

Cron will now periodically check (every 5 minutes) whether an OpenBazaar process is running. If it isn't it will start it for you.

It's a nasty hack but it works.

OpenBazaar Desktop is a brand new client app that only works with OpenBazaar 2.0 server.

There isn't any easy-to-use build available yet, so you will have to run it with node.js.

If you have a Debian-based Linux distribution all you have to do is:

On OS X, you can install it with brew:

Wait until it installs and then use git to fetch the code from their repository:

Go to the newly created folder:

and install the the required dependencies:

When finished start the app by:

A server configuration window will open.

Connect to the server by providing its IP address/hostname and login credentials.

You can now start browsing listings, set up your store etc.

OpenBazaar is currently at a development stage and things will likely change in the near future. I will be updating this post accordingly.

In the next tutorial, we'll have a look at enabling anonymity with Tor for your store. Unfortunately, you will have to create a completely new store ID to make sure no info was leaked prior using Tor.