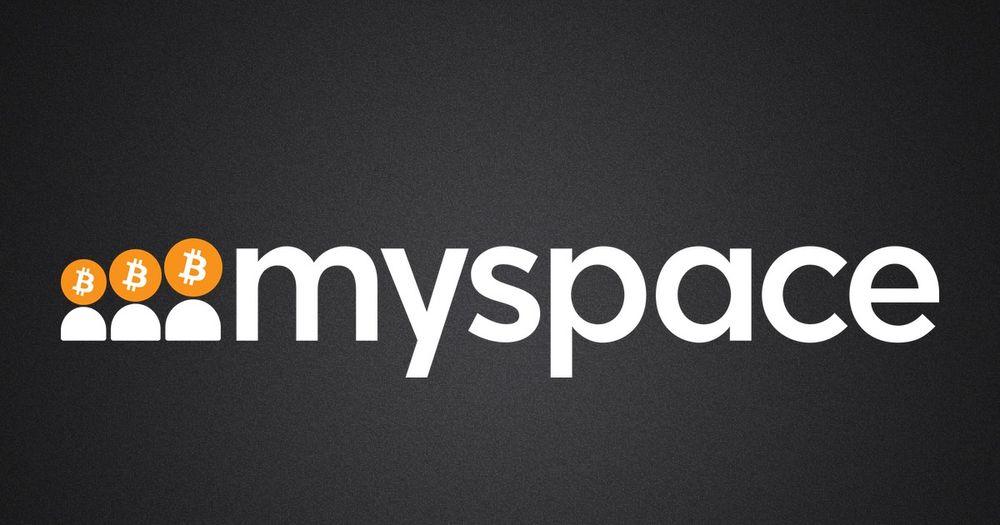 Many users (often shitcoins pumpers) complain about slow confirmation times and the lack of progress in Bitcoin.

There are times when it takes more blocks or higher fees than usually to get your transactions confirmed.

Bitcoin's governance is kind of inefficient too, comparing to less secure and less decentralized cryptocurrencies. To the casual user, it may seem like there's not much development going on.

Because of that (and for other reasons too) people often compare Bitcoin to when Facebook completely took over MySpace.

But is Bitcoin really the MySpace of the crypto world?

The short answer is NO.

Let's first look into two most common Bitcoin's issues, why they happen and how they're going to be solved.

They do indeed happen from time to time and there are several reasons.

There are times when the network needs to process way more transactions (usually after weekends) than is allowed by the current limits.

Today's block size limit is capped to 1MB so only around 3-7 transactions per second will make it into the closest block which is found roughly every 10 minutes.

This creates a huge backlog of transactions which makes it slow for anyone not willing to pay sufficient fees to jump the queue.

Another problem is dust transactions. Tiny values are transacted from faucets and other low-paying systems to user wallets.

When the user wants to spend his bitcoins using these small unspent outputs, his transaction becomes considerably large in terms of signatures and other data thus higher fee needs to be paid.

Some wallets do a terrible job at calculating transaction fees. They either calculate the fee to low for the transaction to be confirmed within a reasonable time or too expensive which is pretty self-explanatory. This further adds to the frustration.

Not always are transactions sent with good intent and often, the network gets spammed. Transactions like these clog the network and raise the average fee to levels which make the network less usable for masses.

These spam attacks are used for political reasons to push various agendas, to distract users and ultimately take over the development.

Unfortunately, users aren't protected from these types of attacks and have to bear the higher cost.

A research on scaling decentralized blockchains has been done in 2016 and it concluded that Bitcoin can't handle more than 4MB blocks now and in the near future.

Increasing the block size limit to 4MB would mean the network could only handle 12-28 transactions per second. It comes nowhere near Visa's capabilities which is able to process more than 20 000 txps.

As you can see raising the limit wouldn't give us any noticeable benefits, but the cost would be tremendous.

Currently, the blockchain grows around 4.32 GB per month. 4MB blocks would grow the chain by almost 17.5 GB per month. Not only it affects the space needed to store this data, it makes it slower to broadcast on the network (which is a huge issue mostly for Chinese miners and nodes) and also quadratically slower to verify.

Most of the technical community doesn't see this as a good enough trade-off and almost unanimously agrees that on-chain scaling isn't feasible.

Instead, off-chain scaling solutions were invented and they come with almost no cost to decentralization and security of the network.

One of such solution is Lightning Network which has a throughput of possibly billions of transactions per second.

It uses Bitcoin's cryptography so it enjoys almost the same level of security as the blockchain does.

Note: Even other cryptocurrencies came to the conclusion that the focus should be on off-chain scaling. Ethereum's Raiden network is similar to Lightning.

Now onto the more difficult part - the governance.

Before Lightning network can fully operate, Segregated Witness (or any other malleability fix) is necessary. Without this fix, bi-directional payment channels aren't possible and we'll have to stick with a little less useful and little more trustful Lightning Network.

Any protocol changes (including SegWit) require a consensus of (almost) every network participant. If the consensus isn't reached, the change is highly contentious and creates heated debates and often a very toxic environment.

These changes are currently blocked by certain mining pools mostly for economic and political reasons. For a casual user, it may thus seem like there's no progress or development in the space.

Bitcoin development lacks the clear governance model as known from less decentralized or outright centralized systems which makes it difficult to move forward.

In other words, there isn't a benevolent dictator that will make the ultimate decision when the community can't come to an agreement.

How to solve it?

You can't and you can at the same time.

What I mean by that is this:

In a distributed system, no single person matters to the network, be it Satoshi Nakamoto or a random Joe. You can't force your ideas on other network participants and if you do, you will be ignored.

That's an inherent design of any such system. It's a feature that preserves the security of the network.

On the other hand, it looks like the development is in the deadlock forever, right?

Let's talk about miners that are currently blocking Segregated Witness for selfish reasons (nothing wrong with that).

The price of Bitcoin is rising despite their actions, therefore they are having no incentives to care about user opinions for now.

The market isn't showing them middle finger (yet) by dumping the price to levels where they are no longer profitable.

Once the situation changes, miners will have to re-evaluate their position or they'll start losing money. Eventually, they'd be forced out of the market and replaced with miners that will follow user needs.

You know the invisible hand...

The real bosses [under capitalism] are the consumers. They, by their buying and by their abstention from buying, decide who should own the capital and run the plants. They determine what should be produced and in what quantity and quality. Their attitudes result either in profit or in loss for the enterpriser. They make poor men rich and rich men poor.

There's also a technical solution but it requires consensus among users, exchanges, vendors etc., in other words, the economic majority. They, ultimately decide any consensus rules by running particular code, even when deployed as a soft fork.

Segregated Witness is currently being rewritten to activate as a user-activated soft fork (UASF).

In UASF, users not willing to upgrade will continue using Bitcoin as usual because soft forks are opt-in.

However, miners opposing SegWit will be presented two choices and they won't like either:

That being said, Bitcoin will move forward with or without an approval of miners when users decide so.

Skin in the game

Now to the point of my post and the question whether Bitcoin is the MySpace of cryptocurrency.

Security and decentralization over flexibility is a highly valuable feature among Bitcoin users (currently priced at around $1450 per token). There's no reason to think Bitcoin will die in the foreseeable future.

But there's more to it.

Comparing Bitcoin to MySpace doesn't make any logical sense either. The only thing they had in common is the first-mover advantage and the network effect.

However, they are fundamentally different in one thing:

Skin in the game.

I was introduced to this term by my friend Juraj which is interested in anti-fragility (he's a big Taleb fan) and exponential systems.

Nicholas Taleb explains the term a bit differently but the point is the same.

The idea behind it is that people directly involved (mostly financially) in a business or a technology are incentivised most to do whatever it takes to grow their investment.

The exact opposite of skin in the game may be seen for example with government employees.

They don't care about financial results of a particular government office they work for beyond their monthly paycheck - which they will get anyway. That's one of the primary reasons why governments are so terribly inefficient with money. Nobody bears the cost.

In Bitcoin, users are directly invested in the technology and if it fails, they lose all the money. There's is a direct risk of going bankrupt for every network participant if wrong decisions are made.

MySpace or any other centralized tech startups don't have this mechanism. Instead, centralized companies are backed by VCs and a casual user couldn't give a flying fuck if these people lose all their money.

Ending MySpace dominance was simply about filling up Facebook's sign up form and verifying an email address.

No money lost, no hard feelings, no skin in the game.

I will end this post with a great video of Andreas Antonopoulos.

He talks about the governance of decentralized systems and goes on explaining incentives of everyone involved.

I hope it's now clear why Bitcoin isn't and can't be like MySpace. Peace.