You probably heard of people that make millions of dollars trading Bitcoin.

While big profits are indeed tied to Bitcoin and some other cryptocurrencies, making consistent money without possessing necessary knowledge and skills is practically impossible.

You may be lucky to turn some money into profit in the beginning but the market will eventually get rid of you.

Trading is a zero-sum game and there are always losers on the other end of the winning side.

I hope you will be able to maximize your chances of winning after reading this article.

I got in just little over a week before the April bubble which drove the price up to ~$260 and then burst.

It was a horrible feeling because the exchange market I've used (Bitstamp) was laggy and it was almost impossible to sell as it was quickly crashing down.

After an hour of frantically refreshing the website and editing my sell orders, I managed to get rid of my bitcoins at $195 each. I was very close from a mental breakdown, though I made almost $900 in profit.

Before it crashed to below $50 I was buying all the dead cat bounces and then panic selling them.

All-in-all I was left with around $1300 total, roughly the same that I've invested. I wasn't satisfied.

I let it crash to the ground, waited a bit and bought back over 19BTC for $68. I was happy and over-confident. Felt like an ugly virgin kissing a girl for the very first time.

At the end of April 2013, I discovered Bitfinex and their margin trading platform which offered a leverage of 3.3:1. This leverage allowed me to trade with 3.3x more money than I owned.

What could possibly go wrong?

I learned some quick basics about margin trading and opened a bunch of short orders when the price was going down.

Mentally strengthen by the success and small profits, I kept gambling.

In the beginning of July, I felt the price would go even lower, therefore I opened another short order. The market turned around almost immediately.

I shat my pants as I was quickly losing money but hoped it's just another dead cat bounce.

It wasn't and my short position got margin-called days after.

I lost 19BTC. Everything I had (except for a couple of dollars in fiat)...

I was devastated, emotionally drained and the only thing I could think of was getting shit faced.

With the new day (and hangover), I decided to forget about the horrible experience and sent fresh $1500 to Bitfinex. But this time, I started lending it to traders which passively made more than 50% p.a in profit. 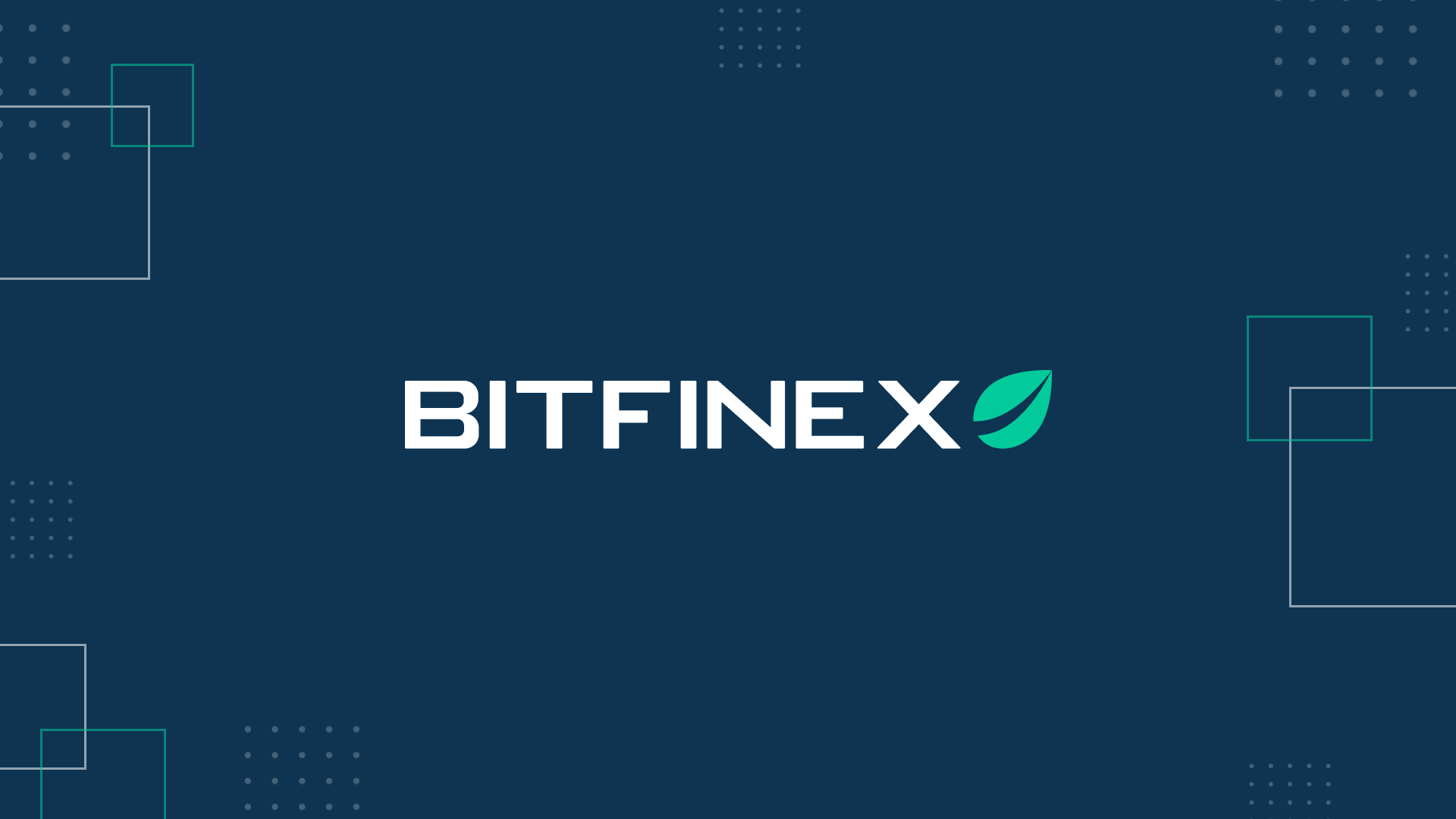 I used this stress-free time to learn about Bitcoin and trading and have been making money ever since.

But it wasn't only about the profit. I have learned how trading works and more importantly what's necessary to stay away from bankruptcy.

These are the 6 things that will help you be profitable with Bitcoin and other cryptocurrencies.

When I got into Bitcoin, I knew nothing about it. My knowledge was limited to the fancy white-orange logo and its founder Satoshi Nakamoto.

I dumped my money into something I had no clue about and the market chewed me and spit me out. Rightly so...

Before you start gambling with your savings, make sure to read. Read a lot! Learn about the history of the cryptocurrency, read the news, spend time studying both past and present charts.

Take a look at the user base, what kind of people use it and what they spend the coin for.

Looking at the network effect helps you decide the coin's utility and estimate its future value.

Imagine a construction company building a house without an architect designing it first, budgeting for material etc. What do you think the house would look like?

When trading, always calculate an amount that you can afford to invest. This goes hand in hand with the rule number one: "don't invest more than you are willing to lose"!

For example, I treat all my invested money as lost. They stop existing the second I make a deposit from my bank account to a trading platform. It helps me stay less stressed out when my trades don't go as planned.

After you have decided the amount you want to gamble with, you should be clear about your profit and loss targets.

Don't trade without a closing order that will close your trade once you made a defined amount of profit.

More importantly, NEVER trade without a stop loss (SL) or a trailing-stop. It will make sure (most of the time) that your trades will be automatically closed when you're no longer comfortable losing money.

When I lost all my bitcoins in 2013, none of my sell orders had any stop-loss set up. When you're about to lose money beyond your available balance, a margin call will be fired, the trade will be canceled and you are left with nothing. That's what happened to me but could have easily be prevented with SL.

To set profit and loss target I use certain indicators such as "Fibonacci retracement" to identify possible support and resistance levels. This indicator gives me an idea at what price the market might turn against me.

Having a plan is one thing, but if you don't stick to it, it's worthless.

Sometimes, your trades may not go as planned and the temptation to switch to plan B (plan Bullshit) is big. But the end result is almost always that you will lose more money than as if you did nothing (unless you had no stop-loss).

Even though Bitcoin is quite volatile, the long-term trend is bullish and if you don't margin trade, patiently hodling is usually the most profitable strategy.

The only exception could be a sudden political change, like government imposing harsh penalties on Bitcoin users etc. In such case, it makes sense to sell immediately, wait for the noise to subside and then buy back for a lower price.

You may, however, wait for years for the price to rebound. Exactly, what has happened to me when I bought early 2014 coins for $900 and had to wait for 2 years to break even.

Speaking of selling during a major event and buying back later - you might refrain from doing so.

Nobody is able to reliably predict the market movement regardless of how much data he/she has available.

Trying to sell high and then buy back low is a risky game.

It may leave you without an ability to buy back your coins, or even worse - force you to buy back for high FoMo (the Fear Of Missing Out) prices. 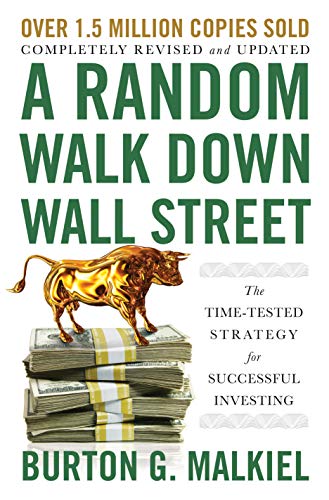 A Random Walk Down Wall Street

The Time-Tested Strategy for Successful Investing

Get it on Amazon

#5 Get rid of your emotions

Even if you ignore all the previous points, this is the most important advice to follow.

The crypto market is volatile and cruel and it's easy to get emotional rather quickly.

Once you hit that state, any plans and patience you had in mind are gone and you're on the fast way to lose everything.

It's like a snowball which gets worse the longer it spins.

When the shit hits the fan, just close the trading platform and hang out with your friends instead. Thinking about bad trades will be further stressing you out and most certainly won't help you do rational decisions.

I attribute my loss in the beginnings partly to my lack of knowledge, but mostly to being very emotional about losing money. It's a terrible feeling, but you have to overcome it at all cost.

I don't have any cure for fear and emotions but paradoxically, losing all my bitcoins helped keep my emotions on the leash since then.

Not saying you should purposely do stupid shit and lose all your money, but learning from your own mistakes, certainly helps.

As in any other field, it never hurts to meet like-minded people.

Networking broadens your knowledge, helps you discover more profitable trading methods, and may sometimes even get you an access to a potentially valuable insider information.

It's a great option to learn from industry experts or just build up your name as you're on your way to become one.

Don't be afraid joining these groups.

If you keep it polite and humble no one will give you hard time for being a newbie and you may also find some people that are willing to guide you.

Meeting people gives you many different opportunities that may lead to profit.

What do you think is necessary for traders to be profitable? Do you have more tips for newbies that want to enter the world of crypto trading?