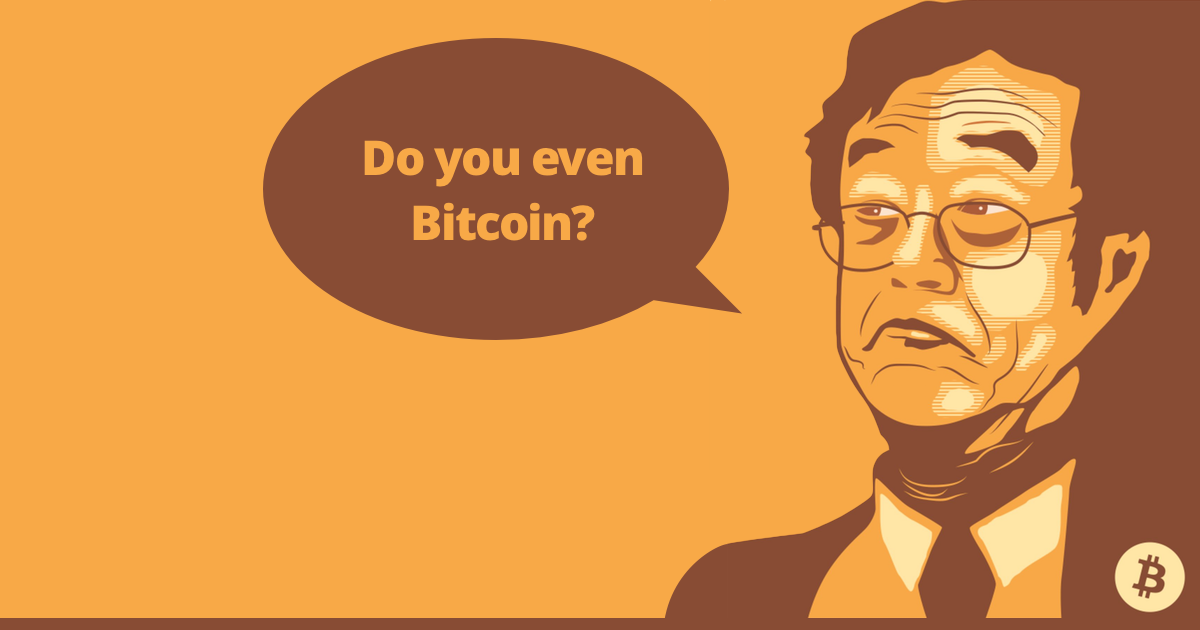 Bitcoin's founder, Satoshi Nakamoto, was very active with the community in the early days of Bitcoin.

He shared his wisdom, patiently explained all ins and outs of the protocol and even cracked jokes here and there.

Satoshi silently left his project years ago but his legacy will remain with us forever.

We've compiled a list of some of his best quotes that will leave you with a pleasant grin on your face. Enjoy!

This is how it all started. Satoshi has forever written a "powerful message" on the blockchain, starting a new era of money.

The message is a headline of The Times article about a possible bailout for banks in the UK.

The Times 03/Jan/2009 Chancellor on brink of second bailout for banks.

#2 Central banking is part of the problem

Satoshi Nakamoto understood what the root of all evil was.

The root problem with conventional currency is all the trust that's required to make it work. The central bank must be trusted not to debase the currency, but the history of fiat currencies is full of breaches of that trust. Banks must be trusted to hold our money and transfer it electronically, but they lend it out in waves of credit bubbles with barely a fraction in reserve. We have to trust them with our privacy, trust them not to let identity thieves drain our accounts.

If you don't believe it or don't get it, I don't have the time to try to convince you, sorry.

Satoshi understood the importance of a single protocol implementation long before hostile takeovers such as XT, "Classic" and Bitcoin Unlimited took place.

The nature of Bitcoin is such that once version 0.1 was released, the core design was set in stone for the rest of its lifetime.
...
I don't believe a second, compatible implementation of Bitcoin will ever be a good idea.  So much of the design depends on all nodes getting exactly identical results in lockstep that a second implementation would be a menace to the network.

Satoshi on why he thinks Bitcoin is less likely to fail than its predecessors.

A lot of people automatically dismiss e-currency as a lost cause because of all the companies that failed since the 1990's. I hope it's obvious it was only the centrally controlled nature of those systems that doomed them. I think this is the first time we're trying a decentralized, non-trust-based system.

Early days of Bitcoin were quite a chaos from the programming point of view.

We're managing pretty well just using the forum.  I'm more likely to see bugs posted in the forum, and I think other users are much more likely to help resolve and ask follow up questions here than if they were in a bug tracker.  A key step is other users helping resolve the simple stuff that's not really a bug but some misunderstanding or confusion.
I keep a list of all unresolved bugs I've seen on the forum.  In some cases, I'm still thinking about the best design for the fix.  This isn't the kind of software where we can leave so many unresolved bugs that we need a tracker for them.

#7 No worries, Bitcoin's crypto is strong

Satoshi on the security of the chosen cryptographic function. Btw SHA1 has already been cracked by Google.

SHA-256 is very strong.  It's not like the incremental step from MD5 to SHA1.  It can last several decades unless there's some massive breakthrough attack. 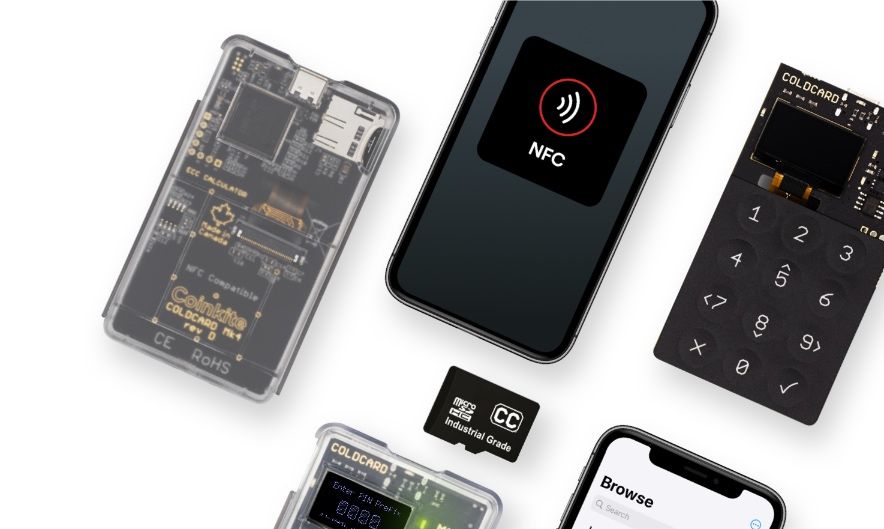 No trust needed with Bitcoin. "Trustlessness" is one of Bitcoin's greatest properties.

Proof-of-work has the nice property that it can be relayed through untrusted middlemen.  We don't have to worry about a chain of custody of communication.  It doesn't matter who tells you a longest chain, the proof-of-work speaks for itself.

When you forget a password to your wallet, your Bitcoins are lost forever. Which makes everyone else a bit richer.

Lost coins only make everyone else's coins worth slightly more.  Think of it as a donation to everyone.

#10 Governments stand no chance against P2P

P2P gives people back their freedom. Satoshi understands the implications of decentralization and it's power against centralized monopolies on violence = governments.

Yes, [we will not find a solution to political problems in cryptography,] but we can win a major battle in the arms race and gain a new territory of freedom for several years.
Governments are good at cutting off the heads of a centrally controlled networks like Napster, but pure P2P networks like Gnutella and Tor seem to be holding their own.

Bitcoin will succeed, or it will not. There's no 3rd option.

Right.  Otherwise we couldn't have a finite limit of 21 million coins, because there would always need to be some minimum reward for generating.  In a few decades when the reward gets too small, the transaction fee will become the main compensation for [mining] nodes.   I'm sure that in 20 years there will either be very large transaction volume or no volume.

Satoshi is frustrated with a user that has deleted his wallet losing access to his bitcoins.

Bitcoin transactions are pseudonymous but if you don't follow this simple rule your identity may be revealed. 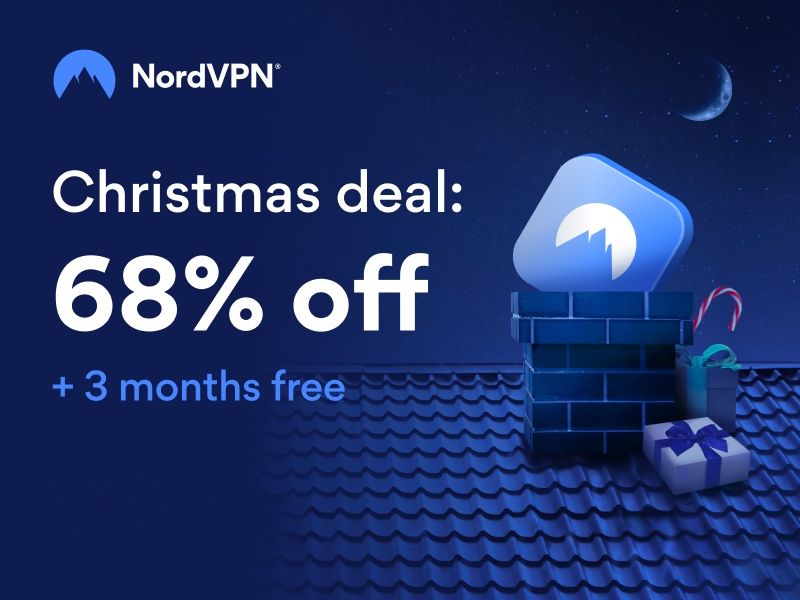 0/unconfirmed transactions are pretty common for merchant payments. However, they aren't very safe as they can be easily double-spent, meaning a vendor loses money.

As you figured out, the root problem is we shouldn't be counting or spending transactions until they have at least 1 confirmation.  0/unconfirmed transactions are very much second class citizens.  At most, they are advice that something has been received, but counting them as balance or spending them is premature.

As computers get faster and the total computing power applied to creating bitcoins increases, the difficulty increases proportionally to keep the total new production constant. Thus, it is known in advance how many new bitcoins will be created every year in the future.
...
Coins have to get initially distributed somehow, and a constant rate seems like the best formula.

Satoshi is believed to be British by the choice of specific words. Either way, he wasn't able to come up with a Bitcoin's description for general folks.

Sorry to be a wet blanket.   Writing a description for this thing for general audiences is bloody hard.   There's nothing to relate it to.

#18 Generate all you want

As stated earlier, wallet addresses shouldn't be reused. Resources are not a concern in this particular case, so "generate all you want".

When you generate a new bitcoin address, it only takes disk space on your own computer (like 500 bytes).  It's like generating a new PGP private key, but less CPU intensive because it's ECC.  The address space is effectively unlimited.  It doesn't hurt anyone, so generate all you want.

Bitcoin's security lies both within the proof-of-work done by miners and fully validating nodes. When a miner is trying to attack the network, he will be stopped by full nodes that will reject his invalid blocks.

This fact is always forgotten in the scaling debate when addressing hard forks. Miners don't decide hard forks, nodes do.

We consider the scenario of an attacker trying to generate an alternate chain faster than the honest chain. Even if this is accomplished, it does not throw the system open to arbitrary changes, such as creating value out of thin air or taking money that never belonged to the attacker. Nodes are not going to accept an invalid transaction as payment, and honest nodes will never accept a block containing them. An attacker can only try to change one of his own transactions to take back money he recently spent. 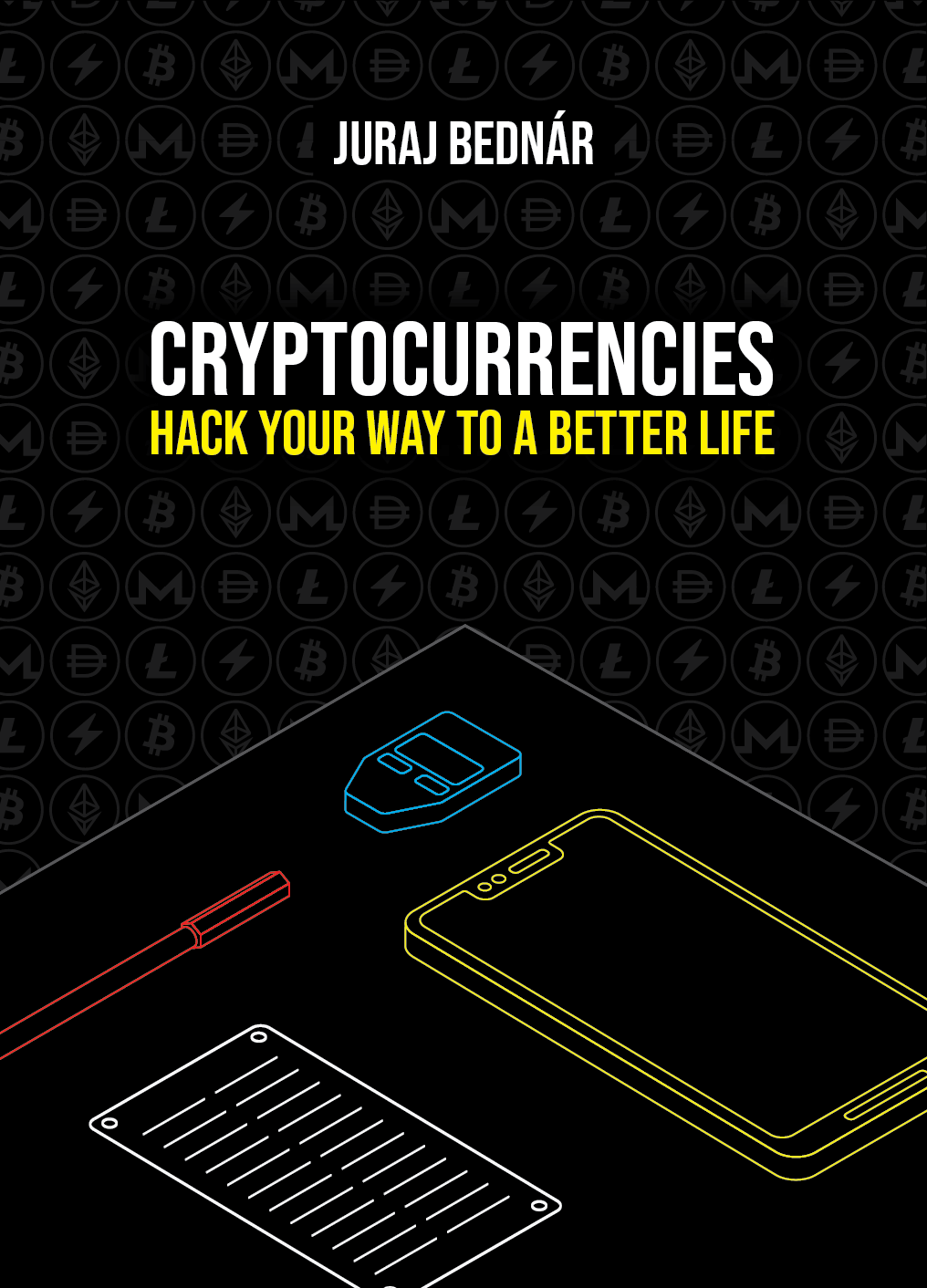 A cryptographic proof is the only thing that we have to trust in Bitcoin.

With e-currency based on cryptographic proof, without the need to trust a third party middleman, money can be secure and transactions effortless.

Bitcoin isn't currently practical for very small micropayments.  Not for things like pay per search or per page view without an aggregating mechanism, not things needing to pay less than 0.01.  The dust spam limit is a first try at intentionally trying to prevent overly small micropayments like that.

You can't beat the logic here :)

What are your favorite Satoshi quotes?